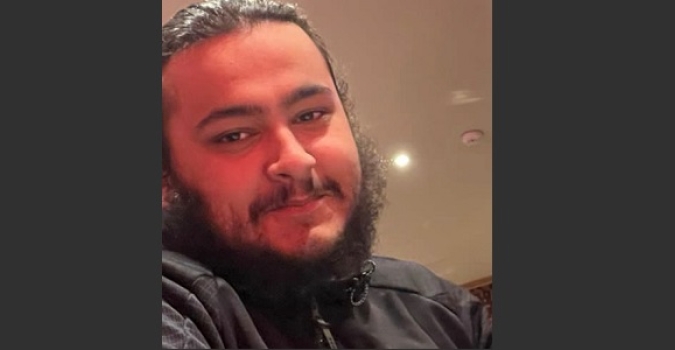 Ilford girls and Met police check each other out

The Ilford girls display their awards.

WE ALL WANT the Metropolitan Police to become more aware of what kind of service women and girls living in London want from their officers. For their part, we know the Met are keen to regain the trust of the female half of the community.

Now a team of 16 girls aged 16-18 from Oakspark School in Ilford have been part of an innovative scheme, set up by neighbourhood police officers in East London, which aims to improve knowledge and trust between these two parties.

The girls undertook a ten week programme of visiting various units in the Metropolitan Police – including the Mounted Branch (police officers who ride horses); the dog unit and the National Police Air Service (NPAS). During the visits the girls learned about what police officers do, day to day, in East London – and how they are trained for every eventuality and for the specialism in which they work.

The girls visited different units of the Met, including: 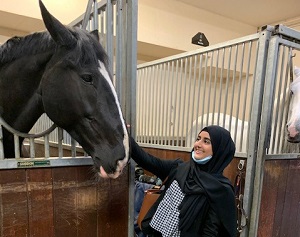 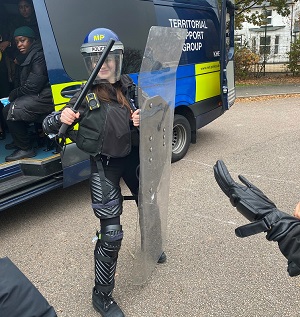 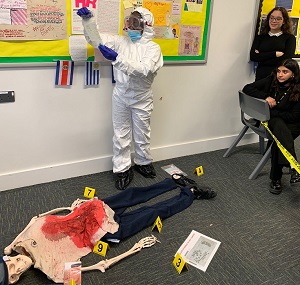 In return, the girls did not hold back in sharing their views on the problems they face as they grow up in East London and commenting about law enforcement in the area. Sessions were held in which the girls brainstormed to come up with solutions to common problems, and they presented the results to Detective Superintendent Tara McGovern, Superintendent Lisa Butterfield and Commander Sue Williams. 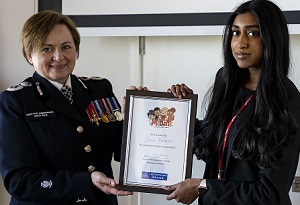 Dharini is given her award by AC Louisa Rolfe.

By the end of the programme, both “sides” had increased their understanding of the other’s concerns. Almost half the young women who took part in the programme said, at the end of it, that they would be interested in joining the Metropolitan Police after they leave education. Dharini, a 17 year old student at Oakspark High School who took part in the programme, said, “I found it so fun when we got to do the bleep test, and it was interesting learning about the whole training process and the requirements the police officers need to fit. I think the project was really inspiring because in films all the police officers are fully grown, strong men and this proved to me that being a police officer isn’t about gender. You can really do whatever you want to do.”

The girls’ participation in the programme was recognised earlier this week at a ceremony at New Scotland Yard. Metropolitan Police Assistant Commissioner Louisa Rolfe, who joined the girls to celebrate the day and had the honour of giving them their awards, said, “I’m so impressed by these young women – by their commitment to the programme, by their achievements and their growth in confidence as they’ve worked with us. They’ve really challenged us about the way that we police, and they’ve put forward some brilliant ideas about how we can build trust. They are so impressive. We are so pleased to work with them.” 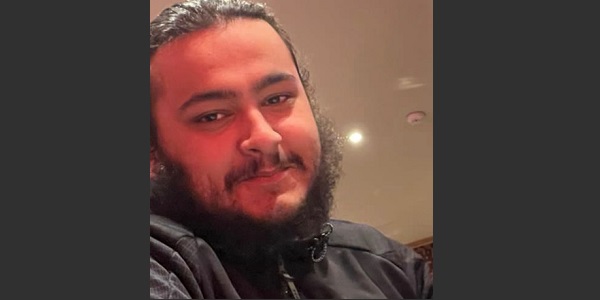