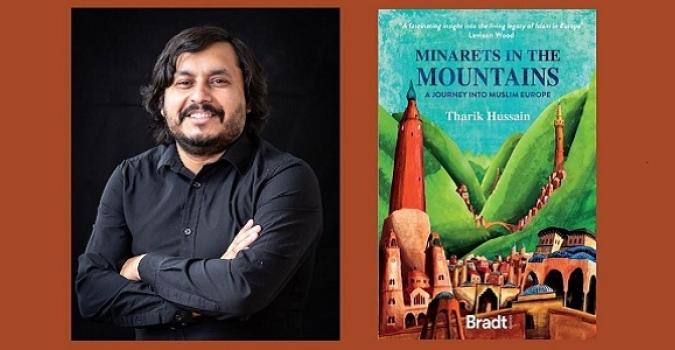 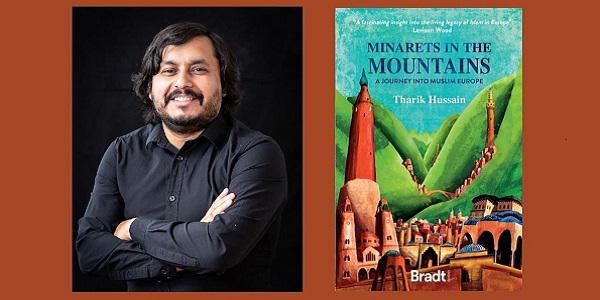 A DEBUT BOOK by a former Whitechapel resident, which explores Europe’s living Ottoman legacy, has been shortlisted for the prestigious Stanford Dolman Travel Book of the Year award – on the centenary of the Empire’s collapse.

Minarets in the Mountains: a Journey into Muslim Europe tells the story of a road trip which author Tharik Hussain took with his family through parts of the continent that are home to Europe’s indigenous Muslim communities.

Following its publication in July 2021 the book, said to be a truly decolonised work of travel writing, was long-listed for the Baillie Gifford Prize in non-fiction. It was also one of the Books of the Year in the Times Literary Supplement, Prospect magazine and The New Statesman and named a Travel Book of the Year by The Washington Post and Newsweek.

Thanking the awards committee, Hussain – who is one of the world’s only Muslim travel writers – believes his book’s listing shows the genre is changing. “I want to thank Stanford Dolman for shortlisting my book and recognising the need for alternative voices and narratives in travel writing,” he said.

Hussain went on to explain how poignant it would be to win such an award in 2022. “It was exactly a hundred years ago, in 1922, that the Ottoman Empire was dissolved, and with it the idea of a ‘Muslim Europe’, so the prospect of winning an award almost exactly 100 years since then, for a book that celebrates a living Muslim Europe, would be truly magical!”

In the book, Hussain and his family go on a road trip through the western Balkans, starting and ending their trip in the city founded by the Ottomans, Sarajevo, the capital of Bosnia and Herzegovina. Following partly in the footsteps of 16th century Ottoman traveller Evliya Ҫelebi, they then go through the parts of Serbia, Kosovo, North Macedonia, Albania and Montenegro where the local Muslim community, and their heritage, are most apparent. This includes trips to forgotten centres of Islamic scholarship like Gjirokastër and Berat in the mountains of Albania, former strategic Ottoman capitals like Skopje in North Macedonia, and little known Muslim towns like Novi Pazar in Serbia.

Hussain and his family pray in mosques older than the Sistine Chapel; they visit mystical lodges in spectacular locations; and wonder out loud why this nearly six centuries of Muslim history is not in Europe’s popular history. “I still find it astonishing when I meet well read and well meaning people across the globe who say 'it never occurred to me that there are European Muslims’. How has this happened, when they’ve been here for almost 600 years living their lives in plain sight?”

In his book, Hussain suggests this is because Europe has always been uncomfortable with its Muslim self and deliberately ‘othered’ that part of Europe, the historically Muslim Europe. He believes this is the source of western Europe’s modern xenophobia and Islamophobia shown towards those living in eastern Europe.

“By calling it ‘Eastern’ Europe and always insisting on this qualifier when referring to Europe’s former Muslim lands, western Europe has successfully ‘othered’ those countries and their people – who are seen as not quite ‘European’. Thus Europe has successfully distanced itself from its Muslim self, and that’s why people do not believe there are ‘Muslim’ countries in Europe,” says Hussain.

The winner of the Stanford Dolman prize will be announced on Thursday, 3rd March at a ceremony in central London.