Today’s photo was taken on 28th December 2021 and shows an extremely large ship anchored in South Dock on the Isle of Dogs. Who lives in a ship like this? Sadly, we have no idea. 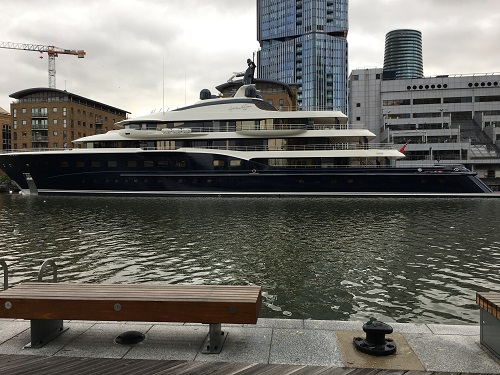